There may be a few things to know before deciding to on IVF.

Have the following things been checked & ticked off ?

Have given you a diagnosis as to why you’re not falling pregnant naturally? If not this is a red flag. If you’ve been told you’re too old without having a day 3 hormone panel (face palm), don’t listen to them. I can’t tell you how many times patients are told they’re too old without having their hormones tested or when the sperm is terrible but told it’s fine, or worst still, hasn’t even been tested.

So let’s start with sperm shall we! In 1980 the parameter set by WHO, the World Health Organisation for morphology was 80%. So what is morphology? Well morphology refers to the shape of the sperm, whether it looks normal, whether it’s got both a head & tail. As opposed to just bits of heads & tails floating around. This is the most important part because if it doesn’t even have a head & tail how is it going to get anywhere?

In 1980 WHO’s parameter was 80% which in 1987 had dropped down to 50% & by 1999 was down to 14%! In 2010 it dropped down further to 4% & I’ve seen in some labs 3% being acceptable which to me is beyond ridiculous. I’m not going to speculate as to why, you can draw your own conclusions. What I will ask is how is anyone meant to get pregnant with only 4% out of 100 even looking normal, how can this be seen as acceptable? I can’t tell you how many men come in having been told they have super sperm with a morphology of 5%!

If you put this in further context with the other parameters it just goes downhill from there. Let’s look at motility. Often overall motility will be looked at because it’s the highest number so it looks most promising. However progressive motility is the only truly helpful percentage. Let me break it down for you. Motility is the percentage of sperm that are actually moving but progressive motility are the percentage that are moving in the right direction, the ones going for the egg. This means that if you have a motility of 60% & progressive of 35% that 40% aren’t moving at all & 25% are Homer Simpson sperm, swimming in circles. It’s a bit deceiving right? And the frustrating thing is that there is a lot that can be done to improve the sperm quality but conventional medicine isn’t talking about it.

Now that I’ve filled your mind with sperm values, let’s move on to the female side of things.

Have you had a tubal patency test & ultrasound to rule out any blockage in your Fallopian tubes, or to check the state of your ovaries? If not I’d be asking why before going down the IVF track. If you have & you’ve been told you have PCOS & need drugs to get you to ovulate, I would say to you there are natural ways of getting you to ovulate & I would be trying these first. Surprise surprise acupuncture & Chinese herbs is one of them.

BBT charting. This is something I’ve encouraged my fertility patients to do for a long time, but it was Kirsten Wolfe who really drummed in to me the importance of it. As she says “without it you’re just taking a stab in the dark,” and it really is true. The bbt chart can give you an indication on whether you have hypothyroid issues (when the temperature is below 35.9 it can be an indicator), it shows us when you’re ovulating, how well & if you’re producing enough progesterone for implantation to occur & pregnancy to hold. It’s a great tool & by far outweighs ovulation strips. Why? Well the trouble with ovulation strips especially for people with PCOS, is that it’s measuring the LH surge which happens before you ovulate but with PCOS you can have many surges as your body is trying to ovulate without success.

The other reason I like bbt charting is that the only other ways to confirm someone is ovulating is either through an ultrasound or a day 21 progesterone test, both of which are not realistic to be doing monthly. The day 21 progesterone test also only works if you’ve ovulated on day 14 otherwise it’s going to give you a false reading & chances are if you’re doing one in the first place it’s because you’re unsure when you’re ovulating, so how does that one work!

Let’s move on to blood tests. I’ll start with the day 3 hormone panel which includes estrogen(E2), FSH, LH, Testosterone, SHBG, prolactin & DHEA. I won’t go in depth into most of these as I’ve addressed them already in my blog on PCOS. However testing these on day three of your period can give us a lot of information on the state of your hormones, how they’re performing & in many cases how well people will respond to the IVF drugs. So if this hasn’t been done, how is the specialist determining the dosage of your drugs? Educated guess? Because going off your AMH is not accurate.

Side note – AMH only measures your egg reserve for the next 4 months not your primordial pool of follicles. This number can change.

While we’re on the subject of blood tests let’s look at iron & thyroid. For fertility we want a TSH (Thyroid stimulating hormone) reading of no higher than 2.5 as during pregnancy baby takes a lot of T4 (the storage form of thyroid hormone) & if there’s not enough this can lead to miscarriage & birth defects. For more on thyroid & what all the blood tests mean, my blog on thyroid will get you up to speed.

Iron & ferritin (your iron stores) is an interesting one, because in clinic we see iron deficiency as a big factor in not falling pregnant, as well as poor responders to the IVF drugs. Let me put it to you like this. If you imagine you’re lacking in iron, your body is going to prioritise blood flow to your brain, your heart, all the organs necessary for you to stay alive. As important as your ovaries are in fertility, for your daily functioning they are pretty low on the list. Unfortunately it’s as simple as that. So in order to get the blood flow your ovaries need to do their thing, we need to make sure you have good levels. So what level am I after? For iron at least 15 if not higher. For ferritin if the reference range on your blood test is 30 – 200 I want it to be close to 100. If you’re below 30 you should be asking for an iron infusion. Unfortunately as women it’s common for us to be low in iron & ferritin due to menstruation. I think because of this fact some practitioners get desensitised to how low a patients iron is because it’s low across the board, however if you think that at below 30 you qualify for an iron infusion, it’s crazy to me that a patient with a reading of 36 may be told they are fine.

Which brings me to the most important part & why I wrote this.

Which is that YOU have to be your own advocate.

Especially for fertility & IVF where many people are thrust in & can easily get blind sighted.

You need to do your research & make sure whoever you’re working with has ticked off all the boxes before jumping in.

The feedback I’ve had from patients is that it can be a very clinical and mechanical journey undergoing IVF. My hope is that by doing some of these things first you will have better outcomes undergoing the IVF process because your specialist will be clearer on what’s going on, or that you fall pregnant naturally. 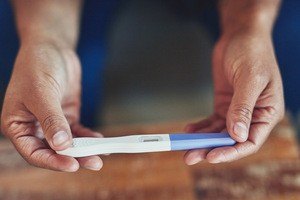 Orgasms… Let’s Talk About Them by Andrea Murphy

Is Stress Harming Your Fertility and Causing PCOS symptoms?

5 Ways to Preserve your Fertility by Kerry Marshall