Childhood asthma may be considered when the child presents with ongoing respiratory symptoms, which can include wheezing, coughing/night-time cough, difficulty breathing and chest tightness. Symptoms of an actual asthma attack include signs of respiratory distress, tachypnoea and continuous and high pitched wheeze caused by turbulence in the airway, Crawford (Cited in Redwood & Neill 2013, p.223), cough may also present. During the asthma attack the child and family may panic, contributing to already existing tachycardia, restlessness and breathlessness in the child. Children may become uncommunicative or speak in broken sentences as they struggle to breathe.

It should be noted that in TCM the use of inhaled steroids can draw on the kidney energy and the use of bronchodilators can deplete lung yin, both exacerbating the disease, Scott & Barlow (1999, p. 244-245).

The following approaches for the use of non-pharmacological measures to treat childhood asthma include;

As seen in the New England journal of medicine ‘The Asthma Epidemic’ the epidemiology of the disease can be seen. Eder et al. (2006, p. 2226), explains that the prevalence of asthma is very high in the Western world, and there is concern its prevalence is rising. The developing world has a greater economic and humanitarian burden of asthma, where its prevalence is also rising. Prevention strategies that address the asthma epidemic are therefore urgently sought. 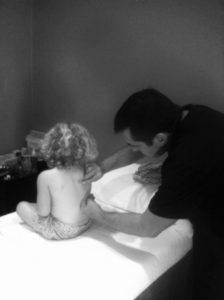 Now let’s look at the TCM view of paediatric asthma:

In their text ‘Essentials of Traditional Chinese Pediatrics’, Jiming, Xinming & Junqi (1996, p. 64-65), say that the characteristics of asthma are paroxysmal dyspnea, prolonged expiration and gurgling in the throat. Its onset commonly occurs at night time and in the winter & spring. This disease corresponds to asthmatic bronchitis and bronchial asthma in Western medicine as described earlier.

Jiming, Xinming & Junqi (1996, p. 65), continue to say that the internal causative factors of asthma include retention of excessive turbid phlegm due to deficiency of the lung, spleen and kidney. External factors are exposure to cold or heat, contact with allergens such as pollen, down, smoke, fish, shrimp, paint and intestinal parasites. These causative factors correspond closely to the WM view as described earlier.

Agitated by the external factors, the retained phlegm in the interior of the body blocks the lungs passage and leads to asthmatic attacks. Asthma at the early stage is of the excess type. Prolonged asthma is of the deficiency type in which the spleen and kidney are involved, Jiming, Xinming & Junqi (1996, p. 65).

Scott is available for Paediatric consults at the clinic every Tuesday, Wednesday and Friday
For bookings p| 59736886 or visit morningtonchinesemedicine.com.au