Meniere’s disease is a disorder that affects the inner ear of an individual of approximately one in every 600 people, generally aged between 30 – 50.

From a Western medical perspective Meniere’s affects the inner ear resulting in a build-up of fluid in the compartments of the inner ear, called the labyrinth. Generally, it will affect only one ear. It causes a persistent ringing sound in the ear known as tinnitus. Other symptoms include severe dizziness which is called vertigo, hearing loss and a feeling of blockage or congestion in the ear.

Vertigo as usually the main symptom at this point. This vertigo may be accompanied by severe vomiting. Vertigo attacks may last for hours, even days, and usually occur in clusters.

This is where we see the ‘classical’ the symptoms of Meniere’s disease. These are; continuing attacks of vertigo, increasing and continuous tinnitus, a feeling of pressure or fullness in the ear, fluctuating hearing ability that doesn’t return to normal.

This stage is commonly known as “burnt out Meniere’s”.
In this stage hearing loss may be severe. There is no longer fluctuation in hearing levels. There is still tinnitus, but the patient may see it as less of a problem as they are now used to it. Attacks of vertigo now rarely occur and will eventually cease. Vomiting is now rare, and the nausea is mild. When the ear has lost 50% of its balancing function, a persistent feeling of unsteadiness may replace the attacks of vertigo.

Some patients may experience ‘drop attacks’ (Tumarkin’s crises). This is where balance is lost for several seconds and the patient falls. These attacks happen without warning and with minimal vertigo.

From a Chinese medicine perspective, we generally organises Meniere’s disease in the following categories:

As it can be seen here the same symptoms which are mentioned in the Western outline are covered in the Chinese medicine standpoint. We view the cause of disease as likely to be from a combination of external contraction of one of the six environmental excesses, internal damage by the seven affects and poor diet and lifestyle choices.

Some examples of common presentations we may encounter when supporting a patient with Meniere’s are as follows:

Because the root cause of Meniere’s disease is often from factors such as stress, overeating and drug or alcohol consumption it is important when we take this into consideration when supporting our patients. Along with the appropriate acupuncture and herbal treatments it is important that good diet and lifestyle advice is provided to the patient. As with the TCM approach to any disease the patient must be considered as a whole, and all factors must be addressed to overcome imbalance and restore optimal health.

Below are some potential acupuncture treatment protocols I may use for Meniere’s disease based on TCM pattern discrimination:

MAIN SYMPTOMS: Dizziness and vertigo made worse by movement, over exertion causing recurrent attacks, a marked sombre white facial complexion during attacks, otherwise either a sombre white or sallow yellow facial complexion, heart palpitations, insomnia, lassitude of the spirit and a desire to sleep, slight but continuous tinnitus, decreased hearing, disinclination to speak, devitalised eating and drinking, cold hands and feet, a fat, pale tongue with teeth-marks on its edges, and a fine, weak pulse.

TREATMENT PRINCIPLES: Supplement and tonify the qi and blood, reinforce the spleen and harmonise the stomach.

MAIN SYMPTOMS: Dizziness, continuous tinnitus which increases during attacks, marked decrease in hearing during attacks, devitalised essence spirit, impaired memory, insomnia, profuse dreams, low back and knee soreness and limpness, and premature ejaculation. If yin vacuity is predominant, there is vexatious heat in the five hearts, a red tongue, and a fine, rapid pulse. If kidney yang deficient is predominant, there is lack of warmth in the four limbs, aversion to cold, decreased sexual desire, a pale tongue, and a deep, fine, force less pulse. 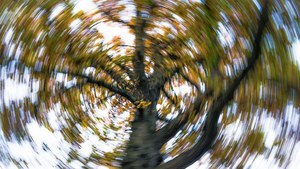 The acupuncture protocols which have just been shown are a great help to assist in the treatment of Meniere’s disease. There is always variables with every individual patient so these are simply an example of some patterns that may present and may alter in a clinical setting.

Meniere’s is a debilitating disease that has a big impact on the patient’s life and the ability to function fully in certain aspects of their lives. If you or someone you know suffer with Meniere’s and would like to explore the Traditional Chinese Medicine approach to managing your symptoms, please get in touch.

Scott is available for consultation at Mornington Chinese Medicine on Wednesday and Thursday.

The Long Term Power of Tiny Choices by Caz Butler