According to TCM summer is the season of the big ‘Yang’ and belongs to by the fire element in five element theory. Yang in TCM represents heat and when there is too much heat in the body this heat feeds on body fluids and harms the Yin (which is the cooler, winter aspect). Heat can be introduced to the body via the external environment (think sunstroke) or through diet (think hot chilli sauce).  During the heat of summer, it is recommended to take in predominately cooling, dampness- providing foods (yin food) to disperse heat and build up body fluids.

TCM diet therapy or ‘Shi Lao’ in Chinese has a flavour association with the internal organs of the body. These are known as the five flavours. Along with their general effect, each of the five flavours is associated with one of the five elements mentioned earlier. Thus, the flavour of food has a particular effect on the specific organs of a corresponding phase.

So, during summer time the bitter flavour corresponds to the fire phase, and mostly bitter–cool as well as bitter–cold foods in moderation should be consumed during the hot season. These foods are listed below.

The Chinese have recommended green tea as an ideal beverage during summer heat for centuries. “It disperses summer heat and can expel toxins, cool the heart fire, calm the mind, remove heat from liver and gallbladder, and relieve stomach and lung.”

As you can see a lot raw fruits and vegetables are recommended during the summer, but keep in mind that TCM diet therapy recommends that raw foods, fruit, and especially tropical fruit should be used in moderation, unless they are being used in a specific healing diet or during the heat of summer, these foods are energetically too cool for most places in Australia that are not in the tropics and can cause long-term problems with the digestive system when consumed in excess. It is recommended that 5%: Raw foods, salads, fruit should make up only a small portion of the overall diet in the cooler months in Southern States.

So, enjoy your summer with sand, water, family and plenty of cooling tropical fruits and plenty of green tea. If you would like more specific information on how Chinese Dietary Therapy may help you, please contact us to make an appointment.

TCM recommends the intake of only small amounts of liquid (yin) during meals. Excess liquid drowns the stomach’s digestive fire. The major share of the daily intake of liquids should be consumed between meals. 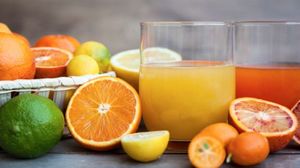 Scott is available for consultation at Mornington Chinese Medicine on Tuesday, Wednesday, Thursday and Friday.

Intermittent Fasting for Clear and Abundant Qi by Travis Clarke